What Does Being an Executor of a Will Mean? 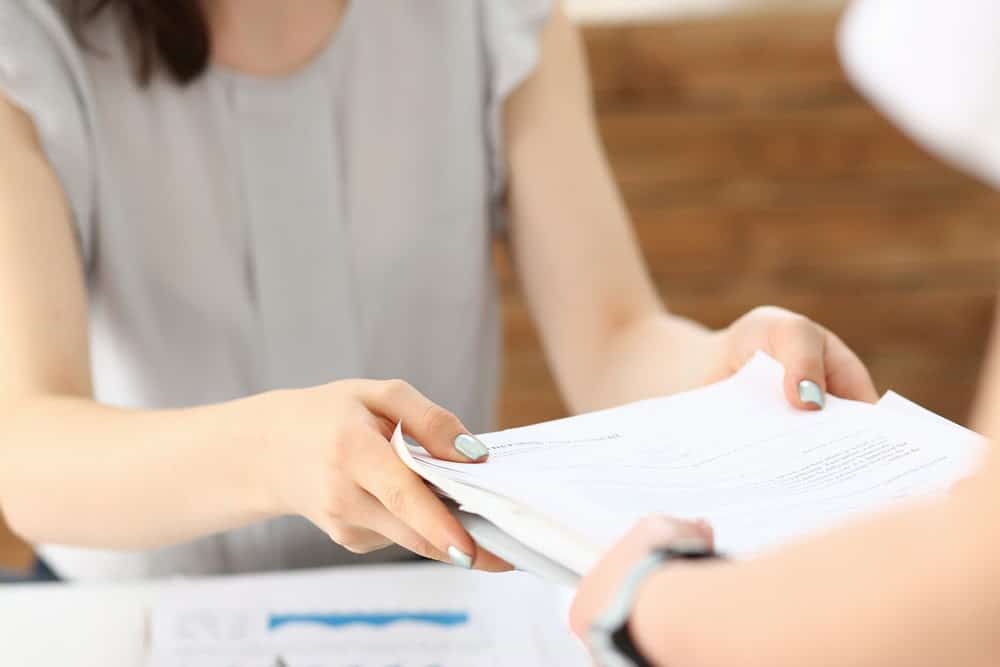 What Does Executor of a Will Mean?

Often, trusted family members are called upon to be the executor of a will. However, this job can also fall to a court-appointed individual if no friend or family member is named in the will. Performing the job of executor is an important responsibility, and there’s a lot to know.

In this post, we’ll walk you through it. Read on for a thorough look at what being the executor of a will entails.

What is the executor of a will?

What is a will?

Not sure what a will is? A will is a legal document that specifies how a person wishes for their assets to be distributed after they die. It also includes information on what they wish to happen to their children if they are minors. Usually, those who are elderly or seriously ill plan a will to ensure that their wishes are carried out after they pass; without a will, those desires might not be carried out. Be sure to read our full guide to will and estate planning for more information.

An executor is often named in the will. Usually, executors are the children, siblings, spouses, or parents of the deceased. If no executor is specified, one can be appointed by a local court.

What does an executor do? 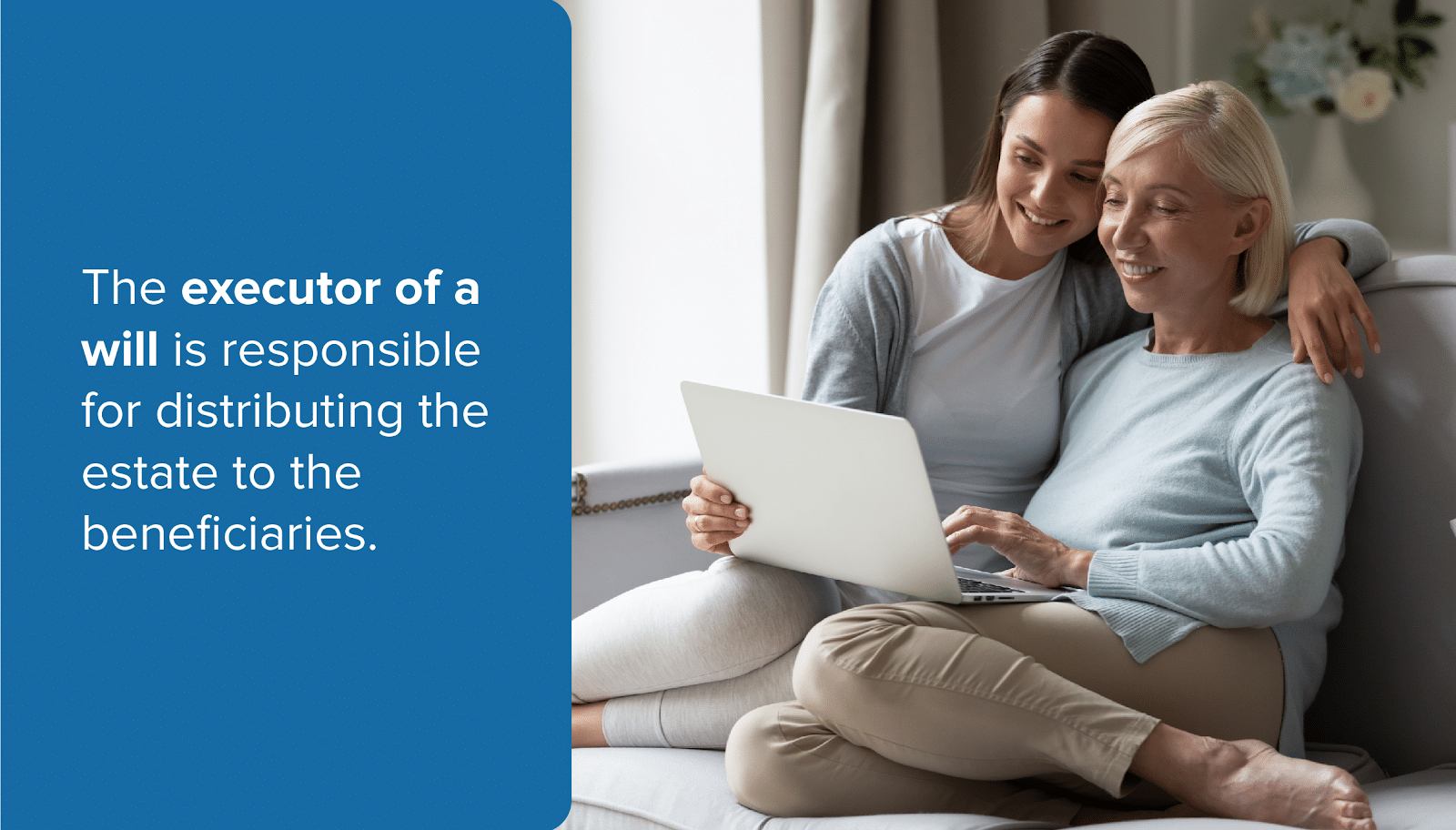 Not every executor will have to perform every responsibility listed here. For example, if the deceased carefully managed their finances and planned ahead before passing, there may be fewer debts or bills to worry about. Alternatively, if the deceased passed suddenly or otherwise was unable to make diligent preparations, there may be more for the executor to take care of. 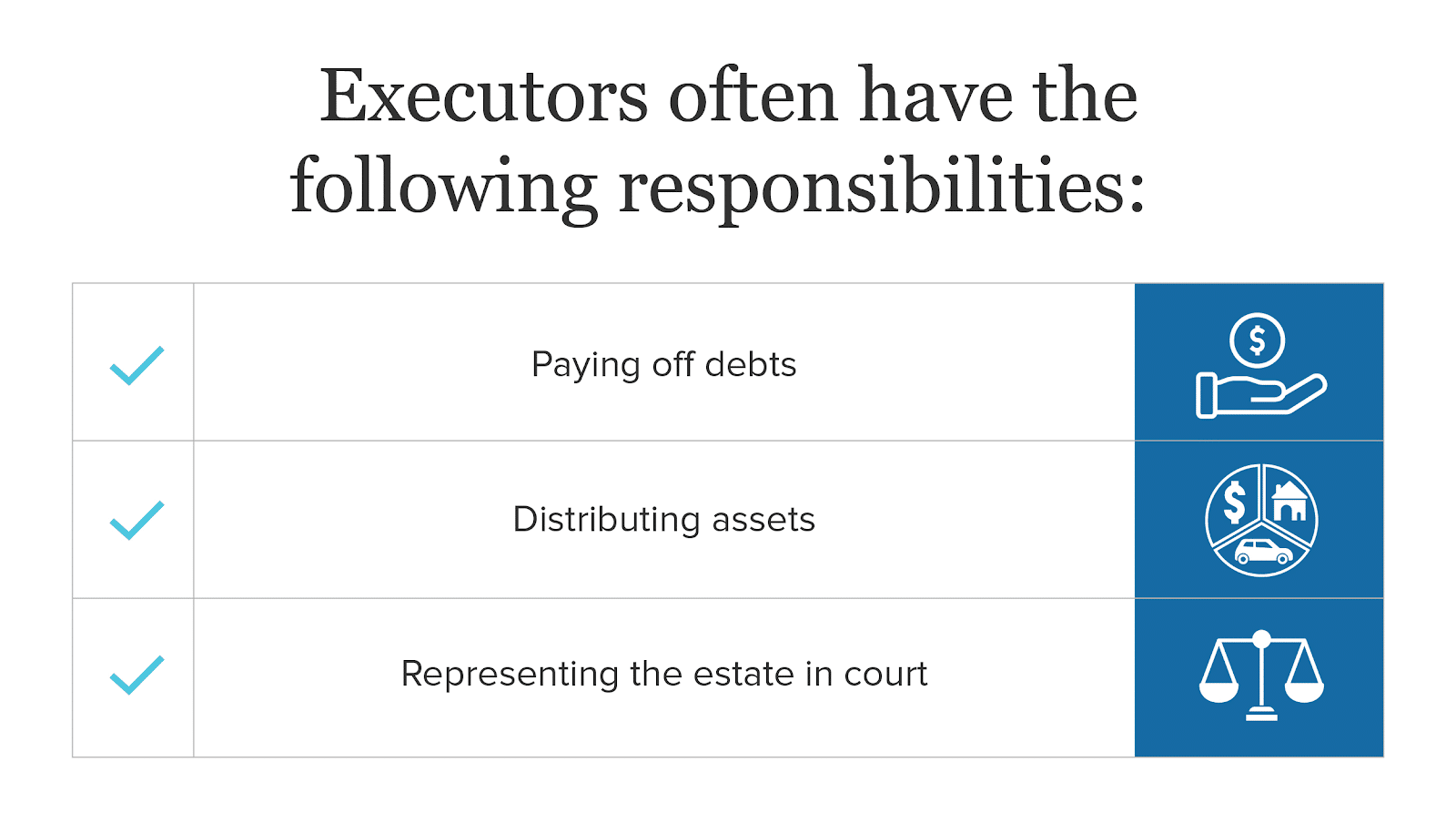 What is the first thing an executor should do?

First, an executor should obtain a death certificate. They should also have a copy of the will to demonstrate that they are, in fact, the executor. Next, they can plan funeral arrangements. Once the funeral has been attended to, it’s time to file a copy of the will in probate court — this sets the ball rolling on distributing the assets.

Once that’s been settled, you can start to locate and obtain the assets for distribution. You should have access to bank accounts, mortgages, deeds, titles, and other assets that you’ll need to distribute to the beneficiaries listed in the will.

Does an executor have to accept the role?

The simple answer is no — an executor can decline to accept their role, at which point another option may be identified, or the court may have to appoint one instead. Executors can also choose to stop performing their role even once they have already started.

Because executors can decline or resign, it’s usually a good idea to name multiple executors who can be trusted to carry out the will. However, if you do this, it’s important to list them in order, so there is no dispute as to who gets the first claim to be the executor.

Does the executor of a will get paid?

The executor of a will might be paid under a few different circumstances. Court-appointed executors may be paid depending on the laws in place in your specific state or county.

Typically, family and friends who are designated to be the executor by the deceased in their will are not paid, though there may be some portion of the funds from the estate set aside to cover any expenses that the executor may encounter. Ultimately, it depends on the relationship between the deceased and the executor, as well as the size of the estate in question.

Getting Started with Reverse Mortgages

If you’re looking to get started with a reverse mortgage, these articles can help guide you through all aspects of the process.

Can an executor be a beneficiary?

Yes, an executor can be a beneficiary on a will. A beneficiary is one of the people that the will names who is set to inherit some portion of the deceased person’s estate. Typically, the executor is someone who was close to the deceased, such as a child, sibling, or spouse. As such, it’s common for executors to also be beneficiaries.

Can beneficiaries dispute an executor?

Sometimes, beneficiaries may have an issue with the executor. For instance, if two siblings have a rivalry, one may be resentful that the other was chosen as executor. Alternatively, one beneficiary may be unhappy with the amount they are intended to receive.

Can executors contest a will?

However, contesting a will is not an easy process. As mentioned above, it must be shown that the will is illegitimate in some way, such as the writer being under some influence while writing it. 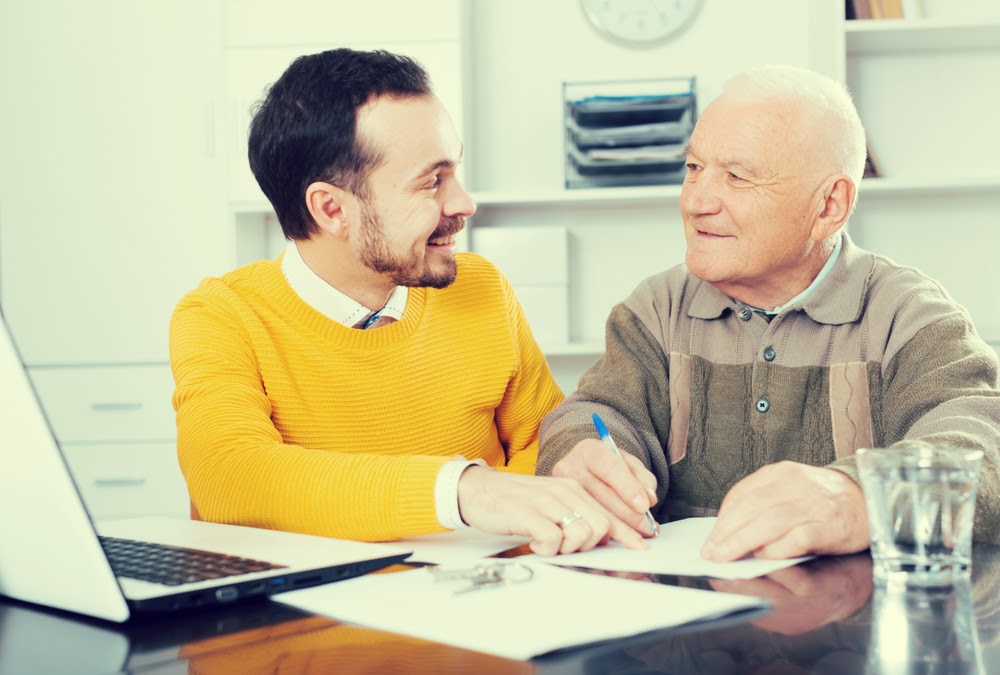 Will executors: what you need to know

What is the executor of a will? If you have been designated the executor for an estate, you’re planning your own will, or you’re simply curious about what being an executor entails, here’s what you should keep in mind:

Another factor many may wish to consider is how the existence of a reverse mortgage might affect the executor’s job. For example, if the deceased has left behind debt on a reverse mortgage loan, this may affect how their estate is distributed among the beneficiaries listed in the will.

For that, and for all other questions related to the reverse mortgage process, don’t hesitate to reach out to a GoodLife Reverse Mortgage Specialist. Our team is happy to help you better understand the ways that reverse mortgages can affect your finances. 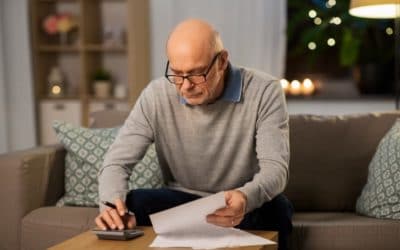 What are the Index and Margin for an Adjustable-Rate Mortgage?

The interest of adjustable-rate mortgages (ARM) are tied to the index and margin. The index is a reference point for the interest rate and...

END_OF_DOCUMENT_TOKEN_TO_BE_REPLACED

What is a Lender Credit?

END_OF_DOCUMENT_TOKEN_TO_BE_REPLACED 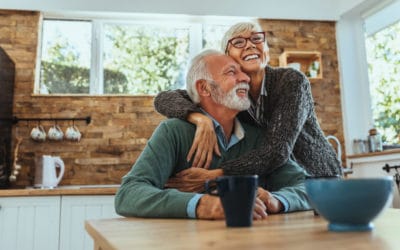 What is the Mortgage Interest Rate Index?

The mortgage interest rate index is a benchmark that adjustable-rate mortgages (ARMs) base their fully indexed interest rates on. The...

END_OF_DOCUMENT_TOKEN_TO_BE_REPLACED

Find out if a GoodLife Home Loans reverse mortgage is right for you.

Reverse mortgages unlock the wealth in your home.